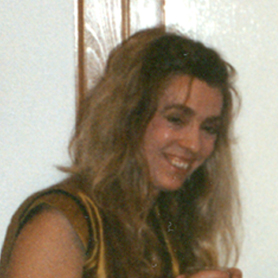 EL: Sheena and Beth were directors. I think that’s something that eh, that’s never made clear. They were directors, they were co-directors running it together. And I was there so I do remember! They were in charge. But there were, there was a board of people also, and you know obviously they were overseeing what went on. I think you’ve got all the board members names now? They kind of co-ran it you know? Each, obviously they had young children so it wasn’t easy they were, you know, but they kind of divvied up the responsibility. I mean they did get grants. I don’t know if the grants were done kind of jointly then or whether it was Philip and Beth that – they got money from Gulbenkian, I can’t remember who else and then eventually of course the Arts Council. But, I don’t know when – but when it was the Scottish Arts Council, but I don’t know what year that would be. But I think the Gulbenkian money went towards equipment, well you know they got the Rochat etching press, which is still working in the Studio.