Organising and enjoying the Loveliest Night of the Year 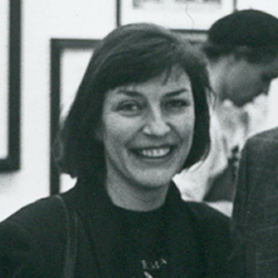 CC: The Loveliest Night of the Year, we had, the first one in the Winter Gardens, we had to do it, you know, approach the Parks Department and the Council to get permission to do that. Eh, Kelvingrove at the time, we just spoke to Alistair Auld who was the Director of Kelvingrove and thought it was a wonderful idea. You know, he loved his, eh, occasions, which erm, you know really highlighted Kelvingrove. You know, it brought a new facet to the whole of the Art Galleries and Museums, having parties in the Art Galleries, you know. It was quite novel at the time

KP: So you were actually really going to some quite unusual venues that weren’t being used before and doing something quite different. It must have been a huge task to organise these events? Quite a lot to organise…

CC: It was quite a lot to organise and erm, usually it was done, it wasn’t done with a lot of time to spare. Certainly the - I can’t remember who did the catering for the first one, in the, in the People’s Palace, but the first one in Kelvingrove, the caterer, each one that we organised had a sit down meal and they did it in three sittings so at any one point during the evening a third of the people would be having dinner and two thirds would be out in the actual main hall of the galleries, erm, drinking, dancing etcetera. And eh, but once, once the MC was booked and the music, eh, was provided, erm…it never seemed an awful lot to organise at the time […..] But the Loveliest Nights of the Year were fabulous, I mean they really were, great occasions.

KP: It looks from the photographs like everyone’s having a great time

CC: Och yeah, they were…And, you know, I think, a thousand people. Was it a thousand people came to the first one in the art galleries? Cause each sitting was for about three hundred people. And you know, the caterer did a fantastic job. Can’t remember her name now. Umm. And we had the Lord Provost as the Guest of Honour at one of them and we had Cardinal - the chap who died not that long ago….Tom... oh, it’s just on the tip of my tongue…He was the, was he the Archbishop of Glasgow? Or the…Erm Benno Schotz, I think was one of the guests of honour…

CC: …at one of them. Yeah, the Loveliest Nights of the Year were really the highlight of my memories of the Glasgow Print Studio, and everything that it involved – from getting your hair done to getting a new dress to free peppermints and free cigarettes. WD and HO Wills –can you imagine that nowadays!

CC: Each table that was set out in the art galleries had a dish with cigarettes, isn’t that amazing?!