Challenges of combining childcare and printmaking in the Workshop 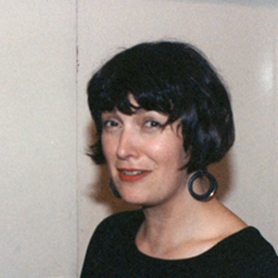 SM: I became a member probably about thirty-nine years ago [laughs]. Kirsty [her daughter] was a toddler, so it was quite difficult. I would drop her off at nursery and then rush into the Print Studio, do some etching, work on my etchings and rush back to pick her up. And she was only in for a morning, so that was quite hectic. But I actually got a remarkable amount of work done [….] Although what stood out to me was that any female friends that I made, didn’t have children. I was the only one - I felt isolated still because I was the only one with a child and, I was unusual, in those days.

SM: A career, yeah, exactly, exactly. So, some people made a choice I think, career-wise. Cause it definitely made things difficult for me. And I, the other parts of my work, the preparation for doing the prints I would draw at home. It would be things out of my window or still lives, that’s what I would do, it’s all sort of home-based. So, like I said, in the early days, I would - Kirsty must have been about two actually, when I joined, so that would be thirty-eight years. I would have all the drawings ready and I could do the tracings at home, ready to dash to the Print Studio, make the plates [laughs]. It certainly concentrated the mind.